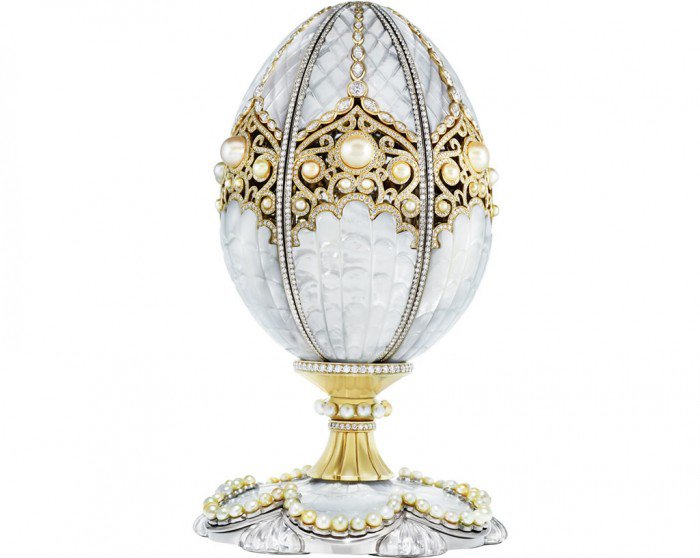 Known for their incredible detail and stunning design, Fabergé eggs have captivated our imagination for decades. Closely associated with the Russian Royal Family, the last bejeweled egg created by Fabergé for the family was almost a century ago in 1916 and now the company has given the world a sneak peek at their new “Fabergé Pearl Egg.”

Decked out in 139 fine white pearls, over 3,300 diamonds as well as other precious gemstones this egg is estimated to be worth $2 million. Fabergé’s spokeswoman Alize Morand would not confirm the sum but she did reveal that several parties had expressed a wish to purchase the unique piece.

The Fabergé Pearl Egg was commissioned in association with Al Fardan jewelery group (a Qatari company famous for their pearls) and will be displayed for the first time at the Doha Jewellery and Watches Exhibition. Interestingly Morand revealed that the Pearl Egg is only one among a number of eggs created by Fabergé to mark the passage of 100 years since the creation of the last egg.