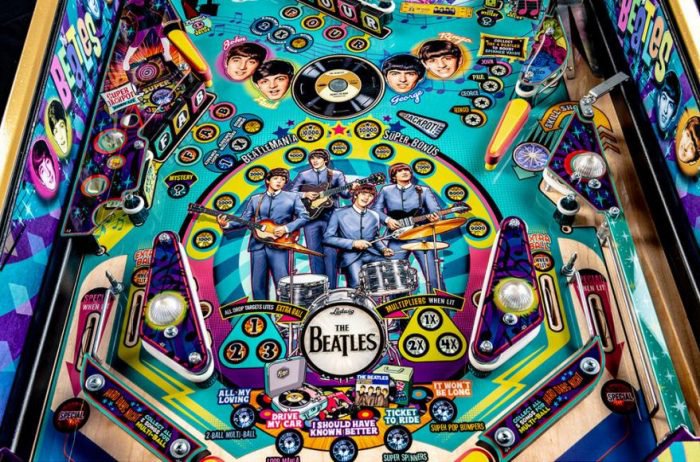 The Beatles have announced a new limited-edition “Beatlemania” pinball machine in partnership with Stern Pinball Inc. and Ka-Pow Pinball.

What makes it special is that it is the first and only The Beatles pinball machine ever made. It took ten years for Stern Pinball to take it from the stage of ideation to completion because of licensing issues. Only 1964 units will be produced in recognition of the year when TV show host Ed Sullivan introduced America to the English rock band. 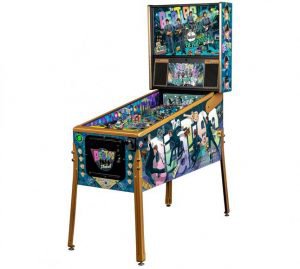 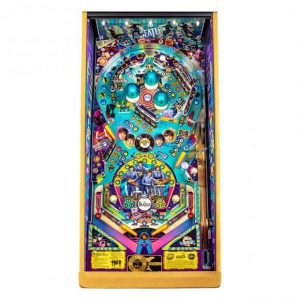 The limited edition arcade game is available in three versions which are named after the recording industry’s sales award levels: Gold, Platinum, and Diamond. The Gold edition is limited to 1614 examples, while 250 units of Platinum edition will be made. The Diamond edition is the rarest with only 100 examples available for grabs. The retro-themed pinball machine celebrates the band’s early days. Each edition features a unique art package and the players will get the chance to unlock nine timeless hit songs popularized by The Beatles in the 1960s. The playfield has four flippers, 11 drop targets, eight stand-up targets, multiple skill shots, two opto-spinners, a ball-catching magnet and a magnetic spinning record disc in the center of the playfield. The Gold edition is priced at $7999, while the other two are price-on-request.