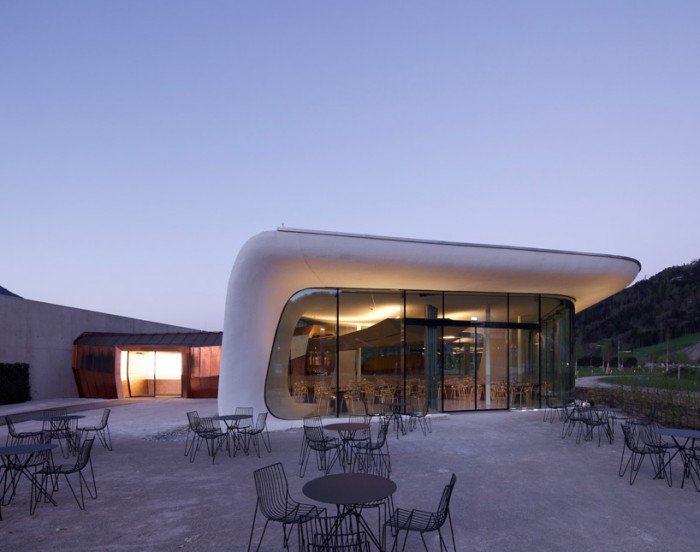 Swarovski Kristallwelten in Austria is ready to re-open for visitors on the company’s 120 anniversary this year. Along with the existing museum, the dynamic expansion displays a poetic architectural language by the designers at snøhetta in collaboration with cao perrot studio and s_o_s architekten. Known for their elegant jewelry made of the precious stone, the swarovski crystal worlds is one of the country’s most popular tourist attractions and this expansion has seen the addition of three key features to its grounds: a 20m playtower, playground and commercial facilities. 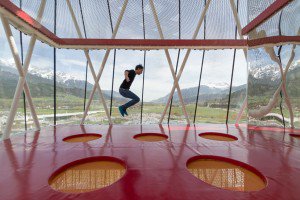 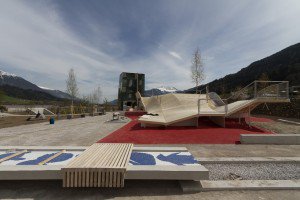 With the desire to appeal to all ages, the playtower serves as an attraction particularly for children. Comprised of an innovatively constructed open-air playground with a one-of-a-kind climbing net, there are other fun activities encouraging new experiences and exploration of the senses. The façade of the structure is composed of 160 unique crystal facets where the panels are specially printed with a motif pattern delicately linking to Swarovski’s history. 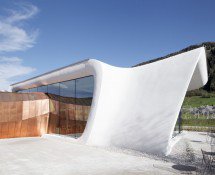 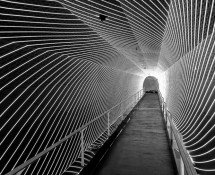 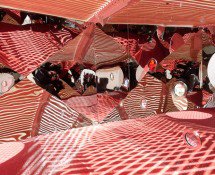 The new café and restaurant sits within a curved pavilion-like building embedded into the garden simultaneously framing the beautiful views of the mountainous landscape. Constructed of concrete, the distinctive copper elements compliment the organic form where the reflective surfaces produce an effect that mimics the crystals. Furthermore, another focal feature of project is the futuristic shop entrance displaying an immersive installation of light and sound. Visitors journey through a tunnel, where they are greeted with kilometers of glowing fibres which spiral down the route into the retail area.