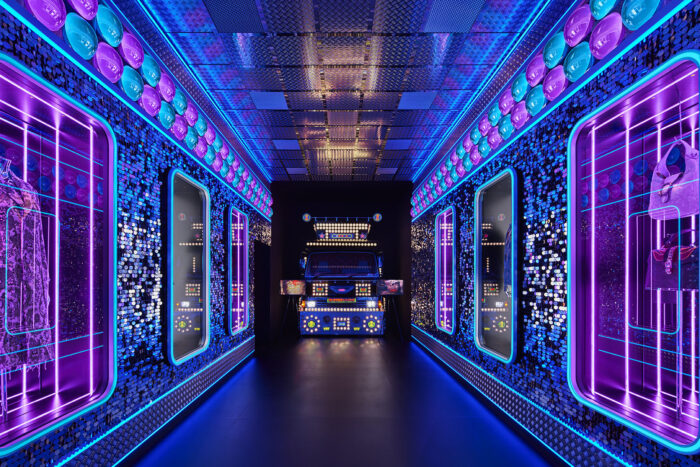 It’s a big year for Gucci: the luxury fashion house is hitting its 100th anniversary and creative director Alessandro Michele is celebrating in a big way.

Following the Gucci Bamboo House pop-up that opened in Kyoto this summer, the brand now has a new immersive exhibition in Tokyo to commemorate its centennial birthday. The exhibition, titled ‘Gucci Garden Archetypes’, first launched at Gucci’s birthplace in Florence, Italy before making a stop in Hong Kong and arriving in Tokyo’s Warehouse Terrada in Tennozu Isle.

The exhibition is not only a splendorous affair, but also quite elaborate, exploring the abundance of sources that the luxury brand has tapped into for inspiration—from art and pop culture, to music and cinema, to create the fifteen major advertising campaigns orchestrated by Michele during his highly successful tenure. Presented across various rooms, using cutting-edge technology and innovative scenography, visitors find themselves immersed in evocative spaces, each with a different narrative, and all designed by Michele in collaboration with Florentine design bureau Archivio Personale.

There’s a lot to take in, with spaces like the Control Room featuring an array of 30 screens with motion picture visuals of serene landscapes, partying pop-stars and anarchic demonstrations in city streets. In another room is a separate set of monolithic screens playing clips of dancing models clad in geek-chic wear from the 2016 Gucci Cruise campaign.

Highlights include the Gucci Beauty room which features footage of a specific ad campaign for the Lipstick collection which claims to be ‘for the bold, the shining, on countless multi-screens for an immersive experience.

In the Gucci Bloom room a rich scent permeates the air while the setting evokes a floral paradise. It’s a setting Michele has imagined for actress Dakota Johnson, feminist artist and photographer Petra Collins, and actress and model Hari Nef who he sees as icons of modern femininity.

While the imagery is eclectic, the rooms are tied together by the fun-loving and spontaneous nature of Michele’s work, providing visitors with a comprehensive exploration of Gucci’s recent revolution.

The exhibition is free and will be available through to October 31, but you must make a reservation before visiting. Book via the Line app by adding Gucci as a friend, opening the chat screen and tapping on the Gucci Garden Archetypes banner.

If you can’t make it to Tennozu Isle, you can tour the virtual gallery online here.

The ‘Queen The Greatest’ store