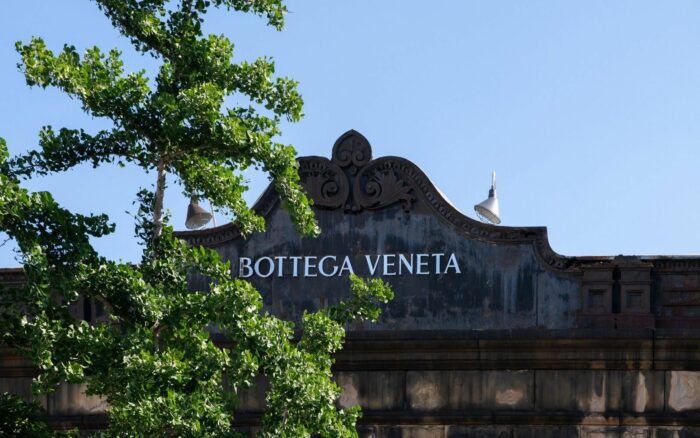 The limited-time store will be open through to September

Bottega Veneta has announced the opening of a new pop-up shop in Williamsburg, Brooklyn, which will remain open throughout the summer.

The summer pop-up will be hosted in a former bank and will be dedicated to small leather goods and a selection of ready-to-wear without special editions or huge media strategies.

Since the bank’s closure, the 1600 square foot space has been used as everything from an art workshop to a barbershop to a recording studio. In line with the Bottega Veneta structural aesthetic, the brand wanted to highlight the building’s elegant architecture; its stone façade, arched windows, and basement vault bring a unique and unionous element to the limited opening.

Measuring 149 sqm. (1,600 sq.ft.) across a single floor, the lofty space sees a a homey yet sparsely furnished setting, featuring metal shelving and clothing racks, displays, and a display wall dipped in a bright green hue.

The function of this Williamsburg store is almost certainly to probe the ground: if the Upper East Side boutique represents the brand’s presence in the city, its flagship, this pop-up is the first to open in an up-and-coming area of the city, the main “central” of Brooklyn gentrification.

The Bottega Veneta pop-up shop in Brooklyn, New York is now open at 33 Grand Street through to the end of September.