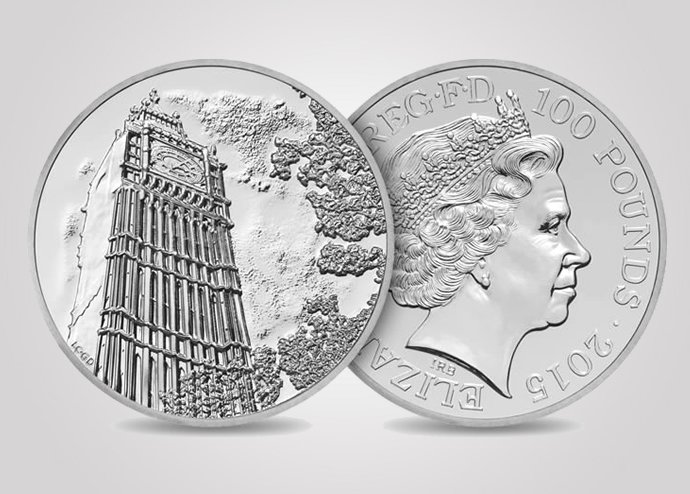 The government-owned company called Royal Mint is the only one that’s allowed to manufacture coins in the United Kingdom. In an unprecedented move, the company released a special silver coin that’s worth 100 pounds. Limited to 50,000 units, the coin went on sale on December 29, 2014 for the exact price of 100 pounds. Interestingly enough, the items will never enter official circulation even though they are completely legal.

The collector coins feature a representation of the Elizabeth Tower seen at street level on one side and the fourth portrait of Queen Elizabeth II on the other. It doesn’t get any more British than that! If you are interested in buying a coin for your own collection, you will be glad to know that you can order one from Royal Mint’s own website.