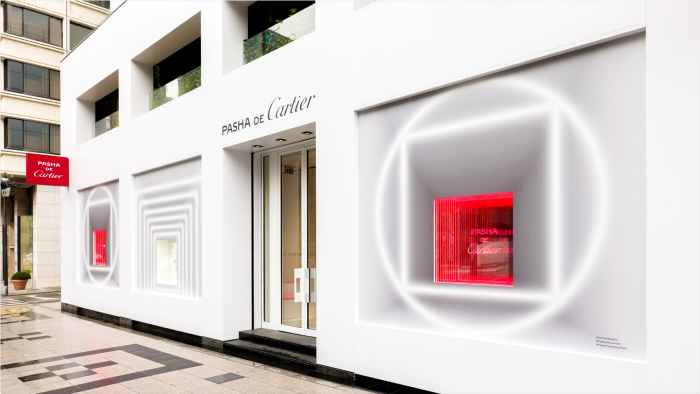 Called Pasha de Cartier, the Parisian luxury jeweller and watchmaker has dedicated an ephemeral retail space to its iconic Pasha watch on the ground floor of the Cartier boutique on the prestigious Midosuji dori, and sees a boldly modified all-white façade and matching signage.

The light common to the spirit of the lighthouse-like Pasha watch is creatively applied throughout the premises, creating an alluring coherence. Additionally, the Pasha de Cartier pop-up exhibits 18 rare archive pieces, allowing visitors to explore the roots of the iconic watch which was first introduced in 1980, and a special display with Pasha fragrances can be found (the pop-up is open through Apr 27).

Access to the Pasha de Cartier pop-up can only obtained after becoming friends with the Cartier account on LINE, a Japanese lifestyle news and messenger app.