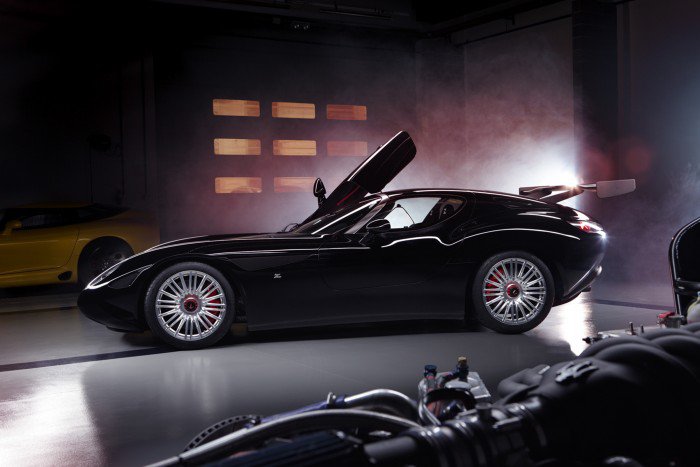 The Zagato Monstro is a heart-stopping Maserati

The Zagato Mostro is an ultralight sportscar, built almost entirely from carbon fiber and weighting only around 1,000 kg. It has 420 horses coming from a Ferrari/Maserati-developed 4.2L V8 engine that’s mated to a six speed semi automatic transmission mounted in the back of the car for better weight distribution. Like its automotive inspiration, the Mostro is built for the track, featuring a double wishbone suspension and pushrod actuated shock absorbers that will minimize unsprung weight. But compared to the 1957 Maserati 450S Costin/Zagato, that could be used only on racing circuits, the Mostro will be totally road legal and the massive rear wing of the supercar could be removed for a better look on the roads. Over time, Zagato has designed a lot of exquisite rides for Maserati and this new project is definitely one of the best. The Mostro will be produced in a limited run of just five cars and apparently all of them have been already sold.