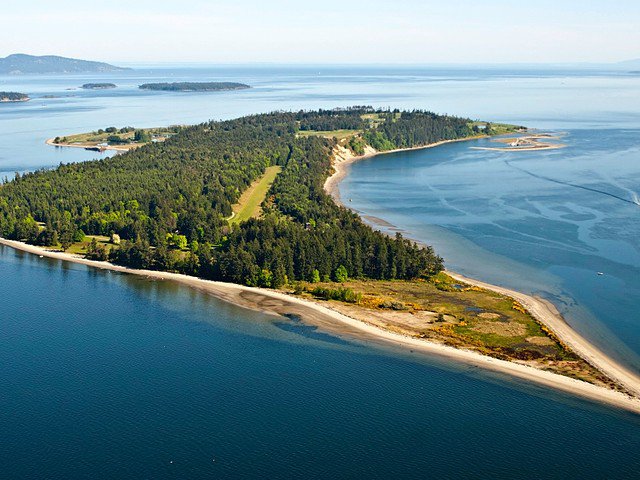 The 780-acre property boasts a lot of amazing features and is full of history as well.

James Island is a 780-acre private island prominently situated within Canada?s famous Gulf Island archipelago. The second largest privately owned island within the Gulf Islands, James Island is as rare as it is unique. Steeped in a rich and documented history, the island has had several lives: from agricultural settlement; to an industrial plant and company town; to its present incarnation as an exclusive retreat and a return to much of its natural state. James Island is comprised largely of sand, as compared to the much more common sandstone and bedrock formations of its neighbours to the north & south. This provides James Island with literally miles of white sand beaches, grassy dunes, a diverse ecology and flexibility with respect to infrastructure and building. 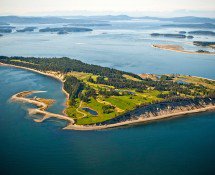 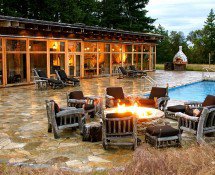 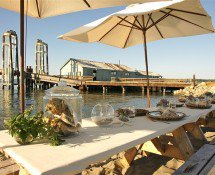 Situated only a few miles off of Sidney, James Island is in close proximity to Victoria, British Columbia?s capital city, and is easily accessed by private plane or boat. A retreat like no other, James Island compares to only a handful of international properties. Improved with a magnificent 18-hole Jack Nicklaus Signature golf course, the island has been thoughtfully developed to seamlessly blend in with not only its surrounding environment, but also its history. A wide range of improvements complement the island including a masterpiece owner?s residence of 5,000 square feet, 6 beautifully appointed guest cottages, private docks and airstrip, pool house, managers residence, a ?western village?, and much more.

During the last 18 years of ownership the Island has undergone an extensive transformation through a dedicated and directed environmental and ecological program that has provided for the protection of over 150 acres (20%) of rare and unique ecosystems. The result is a meticulously planned and protected private island retreat that would be impossible to re-create anywhere today.