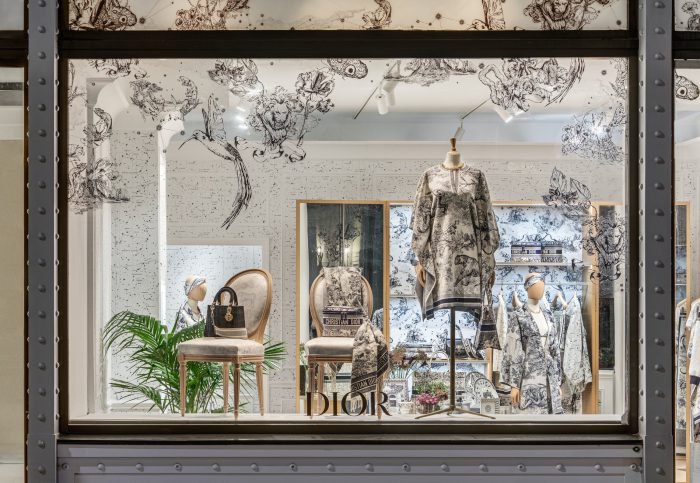 Located at 109 Greene Street, the pop-up carries a range of pieces from Chez Moi, Dior’s first-ever capsule collection dedicated entirely to loungewear. The pop-up will remain open until March 19.

Designed by the luxury brand’s artistic director, Maria Grazia Chiuri, the collection “blends refinement and ease in timeless pieces to be worn both at home and outdoors,” the brand said in a press release.

A special feature of the collection’s pieces include zodiac motifs designed by Roman artist Pietro Ruffo–a friend of Chiuri’s–as a nod to brand founder Christian Dior’s penchant for superstition during his life.

The temporary store marks the first in a series of exclusive pop-ups and pop-ins to open worldwide. Late last year, they held set up a different pop-up in SoHo, this time dedicated to men’s artistic director Kim Jones’ premiere men’s ski capsule.