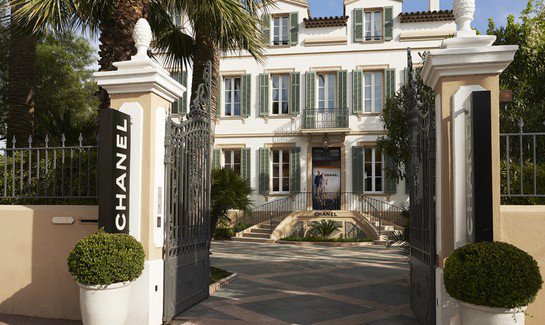 For the second year running, the rue Cambon label is setting up shop in Hôtel La Mistralée by the Vieux Port, April 28 to October 7.


The house of Chanel is setting up its summer camp in the South of France, near the Vieux Port and the famous Place des Lices.

The ephemeral boutique was set up at the gardens of Hotel de la Mistralée. The boutique will be having the Paris-Dallas Metiers D’Art Pre-Fall 2014 Collection, as well as the Spring/Summer 2014 Collection. They will be offering Ready-To-Wear, Leather Goods, Shoes, Accessories, Sunglasses, Watches and Fragrance. The store will be open until October 2014. A Peek inside Chanel’s St.Tropez

The beautiful 19th Century manor house opens its doors, quite literally to Chanel’s boutique éphémere for the fifth time only to burst into the colors of the brand’s Métiers d’Art Paris-Dallas collection shown last December in Dallas, Texas.

Upon entering its doors the first thing you see is the rodeo-themed ready to wear collection under a ceiling with a matching papier installation. These airborne translucent sheets spread throughout the boutique and make the place seem ‘alive’, swaying with the breeze.

The colors from the ceiling manifest into an ombre pattern on the walls throughout the pop up that’s open until October 2014. Here visitors will find the latest and most exclusive accessories, including specimens as “J12?, “Première” and “Mademoiselle Privé” and a selection of pieces of fine jewelry. 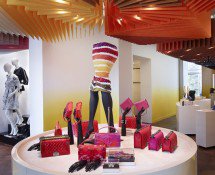 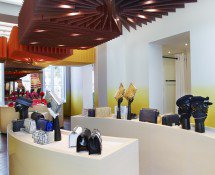 They will also find that the ceiling decoration culminates in a graphic spiral under a glass ceiling and over pony skin rug. Designed to function as a lounge, this mannequin dotted space is where one can soak in the entire storescape’s Old West appeal.

BOEING 727 Transformed into a Luxury Hotel Suite in Costa Rica