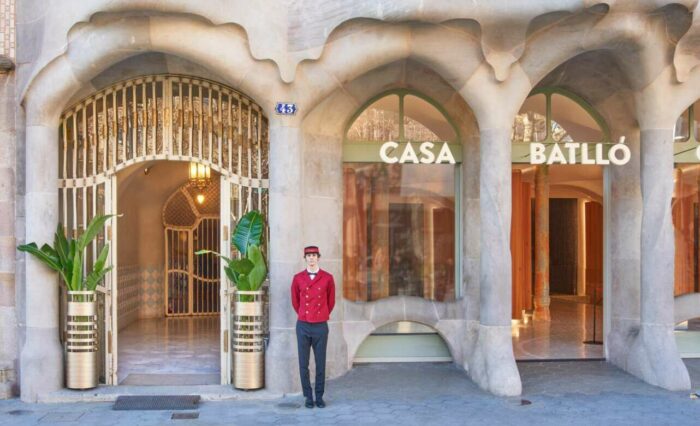 With nearly 300 square meters, the Cartier boutique is located on the first floor of Casa Batlló, and will remain open until June 2022, during the renovation of the Barcelona boutique located on Paseo de Gracia.

Located at number 43 of Paseo de Gracia in Barcelona, ​​Casa Batlló soon became the best reflection of Gaudí’s period of artistic plenitude. Its iconic façade, that marine-inspired canvas that encloses a dreamlike world of nature and fantasy, is a declaration of happiness. And now he is in charge of receiving all those who visit the new temporary Cartier boutique in Barcelona.

With nearly 300 square meters, the Cartier boutique is located on the first floor of Casa Batlló, with its own access from number 43 Paseo de Gracia, and will remain open from January 17 to June 2022, during the renovation of the Barcelona boutique located on Paseo de Gracia.

This new boutique has two different spaces: one dedicated to the Maison’s collections, whose windows overlook the Paseo de Gracia façade, and another dedicated to cultural encounters through which a dialogue will be established between the different sources of inspiration that unite Cartier with Casa Batlló. Likewise, this space will offer a virtual reality experience that will surprise all visitors to the boutique.

“For Maison Cartier it is a true honor to open this temporary boutique in one of the most emblematic and iconic buildings in the city of Barcelona, ​​Casa Batlló. It is the meeting between two great creators, such as Antoni Gaudí and Louis Cartier, who developed a their own style and were true pioneers for their time. This ephemeral intervention will constitute the prologue for the design of the new boutique in Barcelona that will open its doors to the public in the summer of 2022,” said Nicolas Helly, General Director of Cartier Iberia, it’s a statement.