Burberry has created a cinematic short film celebrating a fictionalised history of its founder as this year’s Christmas ad.

The glossy three-minute story features a plethora of British stars who act out a dramatic love story directed by Asif Kapadia, the maker of award-winning documentaries Amy and Senna. Domhnall Gleeson, who has appeared in Star Wars and Harry Potter, plays Thomas Burberry, Sienna Miller plays his wife, Dominic West appears as Ernest Shackleton, the polar explorer who wore Burberry for three expeditions, and Lily James plays a fictional pilot based on Betty Kirby-Green, who flew from England to Cape Town in 1937 dressed in Burberry.

Christopher Bailey, chief creative and chief executive of Burberry, said: “This Christmas, as we celebrate our 160th anniversary we wanted to tell the story of Thomas Burberry – pioneer, inventor, innovator, and the man behind the iconic trenchcoat – in our own words. The film we have made is a brief glimpse inspired by his full and extraordinary life, which threaded its way through the history of the 20th century in all its tumultuous highs and lows.”

The luxury British brand is one of the first to launch its festive campaigns, with many more expected to be unveiled in the next couple of weeks. 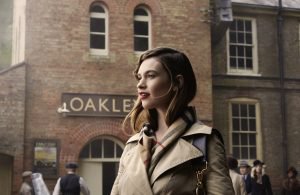 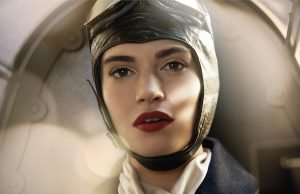