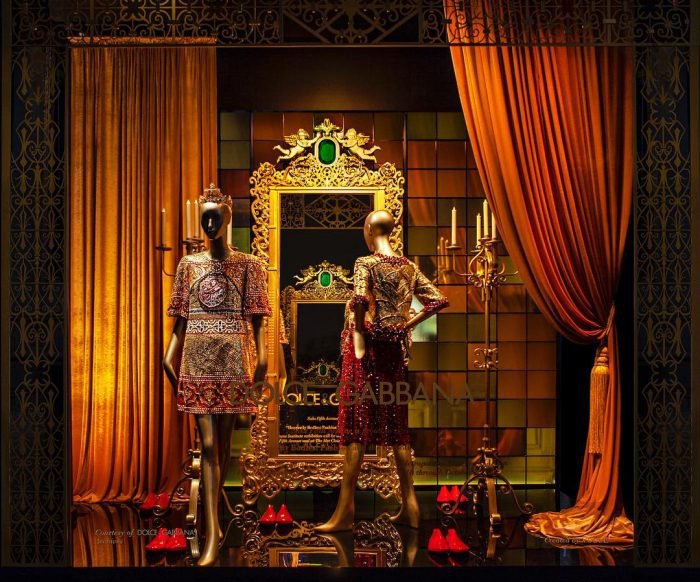 Saks Fifth Avenue teamed up with Vogue magazine for a series of window displays in its flagship store to celebrate the upcoming exhibition, “Heavenly Bodies: Fashion and the Catholic Imagination,” at the Costume Institute of the Metropolitan Museum of Art.

The Metropolitan Museum of Art’s latest costume exhibition, “Heavenly Bodies,” explores Christianity’s influence on fashion—and Saks Fifth Avenue is celebrating the installation. In collaboration with Vogue, the department store is echoing its longtime neighbor, Patrick’s Cathedral, by decking out six of its store windows with glimmering, haunting ecclesiastical scenes. 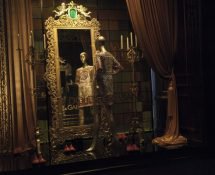 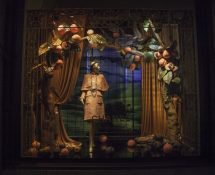 The latest windows are a preview destination for the exhibit and the displays feature archival garments from houses including Versace, Chanel, Valentino, Dior and Dolce & Gabbana.

Hamish Bowles, who has worked with the team who created the displays, says, “The windows draw on the spiritually uplifting aesthetics and powerful use of color seen in historic religious art and stained glass windows to create contemporary environments that showcase a curated collection of iconic pieces from designers’ archives.” 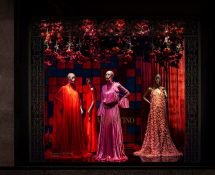 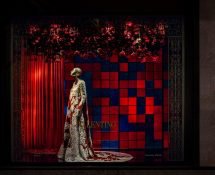 The windows are intended to “draw on the spiritually uplifting aesthetics and powerful use of color seen in historic religious art and stained glass windows.”

“[We wanted to] create contemporary environments that showcase a curated collection of iconic pieces from designers’ archives,” he added. Saks Fifth Avenue fashion director Roopal Patel said it took months to design the displays, which include ensembles from designers like Valentino, Versace and Chanel.

“Every decision, from the window displays to props to archival pieces, must illustrate the fusion between fashion and the devotional practices of Catholicism, respectfully,” said Patel.

The window installation celebrates fashion’s ongoing engagement with the devotional practices and traditions of Catholicism, creating a destination for enthusiasts to visit ahead of the Costume Institute’s exhibition opening on 10 May.

Bentley with a holographic butler