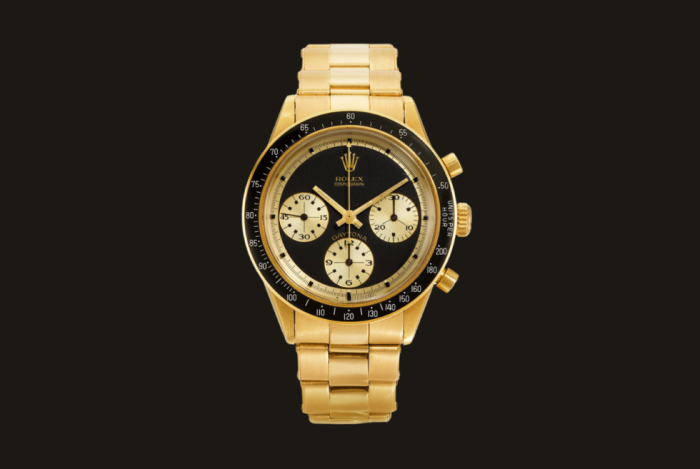 The Rolex Daytona is already a special timepiece that has cultivated fans over the years.

Every now and then, expert craftsmen see it fit to release special versions lauded by collectors the world over.

The Sotheby’s auction house confirms the sale of this rare chronograph smashed its 2020 record for the highest price paid in an online auction. The reference 6264 Rolex Daytona John Player Special pushed bids up until $1,545,723.

For those unfamiliar, the name comes from a Lotus Formula One sponsor in the 1970s – John Player & Sons. The black and gold colorway of the watch is a homage to the brand’s racing emblem.

Sam Hines, Sotheby’s global boss of watches, stated: “An 18-karat yellow gold 6264 is the rarest gold configuration of the legendary Paul Newman. Only a handful of are known to exist, so it is difficult to overstate the fascination it arouses among vintage watch collectors.”

Not only that, but those who go for motorsport memorabilia will undoubtedly desire this timepiece. The John Player Special Rolex Daytona, is mostly in gold with the black bezels, dial, indices, and sub-dial-hands. Overall, an elegant item that looks breathtaking even today.