Life Ball is an annual charity event in Vienna, Austria, whose purpose is to raise money to help fight the spread of AIDS and HIV.

Ever since its resurrection in 2001, British automotive marque MINI has been an active part of this charity ball, offering specially styled cars for auction.

This year it was a Roberto Cavalli-tuned MINI Paceman that attracted all the attention at the event. Boasting an iridescent brown/black exterior and a glam golden color for the roof, lights, mirrors, and wheels, the car was a real hit and it managed to raise $195,000 for the cause.

The interior is a very elegant leather one, with golden Roberto Cavalli logos on the headrests, golden stitching, and other gold trims. The fashion designer’s iconic logo is also present on the car’s roof, for an extra touch of exclusivity. 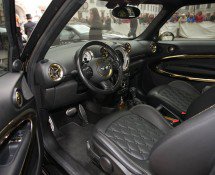 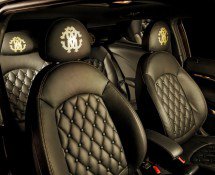 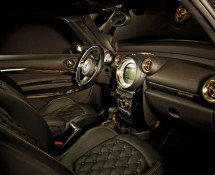 Gatsby fashion, with feathers of Chanel