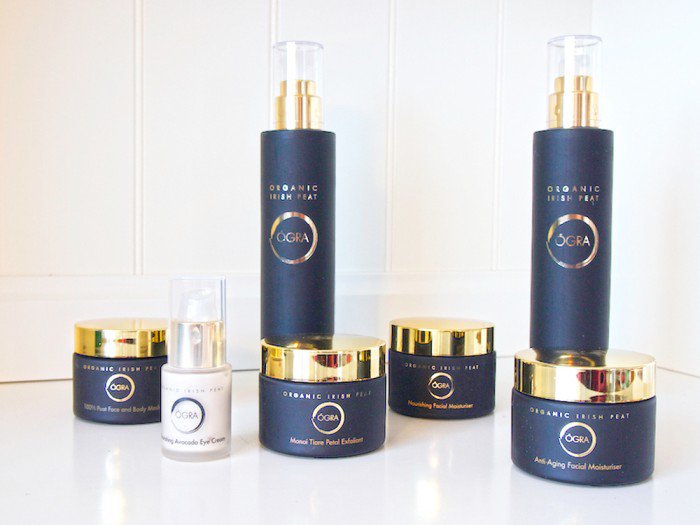 In an innovative approach to skincare, Ógra, an Irish company named after the Gaeilge word for ‘young’ (óg), has turned to one of the most ancient substances known to man to create a line of specialized cosmetics. Based on scientific analysis of the exceptional skin-preserving qualities of peat—9,000-year-old decomposing vegetation buried in Ireland’s bogs—the Tullamore-based beauty company has developed a range of game-changing moisturizers, body and face masks, eye creams, exfoliants, and cleansers.

“The products, natural and organic, harness special substances in the peat, which is a perfect ecosystem, to keep skin fresh and radiant,” said company CEO, Kieran MacSweeney. “These substances, or life forces, are antioxidants in the form of humic and fulvic acids, which combat free radical damage, generally recognized as the main cause of premature aging.”

As part of its marketing efforts, Ógra is producing its first ‘living peat mask’ with special gift packaging that will be part of a crowdfunding campaign that will be launched Monday, May 11. Rewards for donations are wide-ranging, from a sample of the mask, in a special wooden gift box for $29 to a Celtic Woman Anti-Aging Restorative Kit, consisting of face mask, anti-aging moisturizer and avocado eye cream for $99. For a chance to try their full range of products, Ogra’s Top to Toe Organic Indulgence for $299 includes face mask, anti-aging moisturizer, avocado eye cream, Monoi Tiare Exfoliant, facial oil, wild heather body scrub, warm citrus moisturizer and five miniature sods of the 9,000-year-old peat. 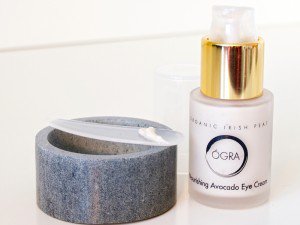 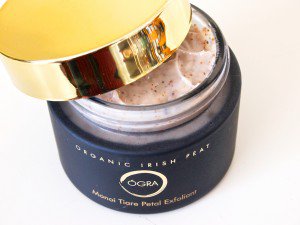 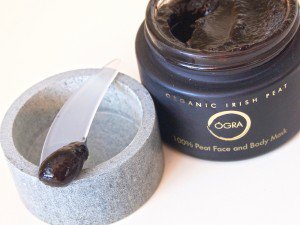 Several years ago, Ógra was able to secure a research grant of €220,000 from Enterprise Ireland, a leading Irish government-funded economic group, enabling them to partner with an internationally-renowned applied biotechnology center and perform a full bio-active profiling of the bog and its vegetation. According to MacSweeney, the research concluded that peat contains strong antioxidants and also collagen elements which help increase cell regeneration and slow down the aging process.

“Peat is also astringent, therefore it binds together skin tissues giving it a smoother look, and it contains a natural abundance of essential oils, fatty acids and lipoids that can penetrate the skin and re-establish its natural PH balance,” he said. “As a detoxifier, it helps remove dead skin cells, toxins and other impurities from skin by stimulating the lymphatic system.”

MacSweeney believes his company’s ecological philosophy matches that of the ancient Celts:

“Celts believed that we all belong to the land rather than the land belonging to us and you are therefore unlikely to damage something that you belong to,” he said. “In addition, Ireland’s Irish name Éire is derived from a Celtic Goddess Éru who was considered to be the Mother Protector of the land of Ireland. She is buried beneath the Hill of Uisneach, which is the geographical center of Ireland. Folklore has it that when Celtic warriors were in battle, they retired to the bogs to treat their wounds.”