The release will be limited to 2,500 individually numbered pairs- 100 for each of his 25 professional seasons.

Nike has a penchant for paying sports and world renowned sportsmen and in doing so recently offered homage to AS Roma’s captain, playmaker and talisman, Francesco Totti by unveiling a sneaker line that reflects every bit on his shinning personality and charisma. 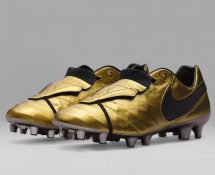 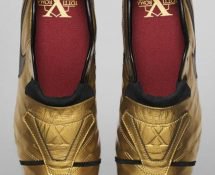 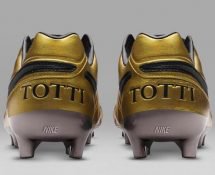 The luxurious Totti boots are made from soft leather in a gold color, to honor the captain’s achievements for AS Roma and his country. The heel counter for each of the pairs is further personalized with a “TOTTI” engraving and a Nike swoosh contrasting in a black hue against the gold. The boots will also flaunt a rose gold metallic sole to further finish off the unique design in style. And what’s more, the limited edition Nike Tiempo Totti X Roma boots will officially be unveiled by the man himself at the AS Roma store in Piazza San Lorenzo, Rome in the week to come. The captain will also wear the boots during the upcoming Derby della Capitale against Lazio on April 30th. 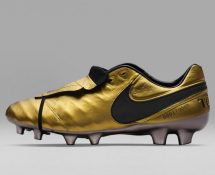 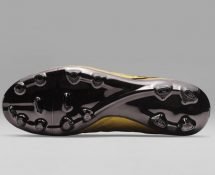 While you may think of the boots as a tad bit tough to pull off, given that they are a tribute to Totti, their unique styling is quite the requirement to fittingly describe his career that was just as luxurious as the boots.

“Unleash Your Wild Side” for Magnum