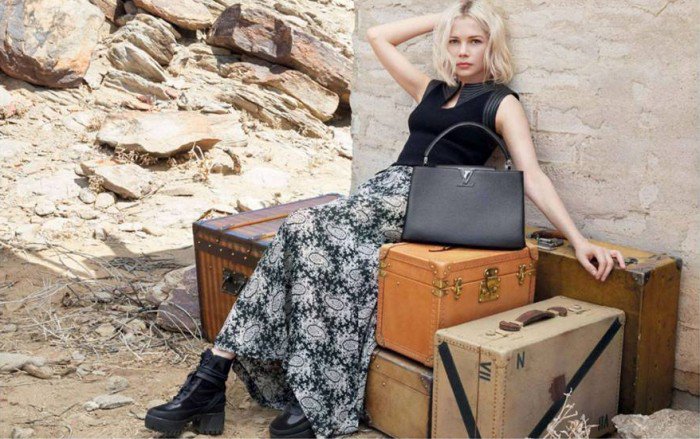 For several seasons now Michelle Williams has been the face of Louis Vuitton, but her recent video release with the French fashion house really shows the beauty of their partnership. The American actress stars in the brand’s The Spirit of Travel film, along with fellow spokeswoman and actress Alicia Vikander. In the video the two wander aimlessly in the desert on some seemingly existential journey among the sand, palm trees and deserted mountains. Dressed in their best Louis Vuitton pieces (as one does when traipsing through the desert), they sport looks from the brand’s Cruise 2016 collection. Forget about the world’s popular tourist destinations, these two make a compelling case for driving to the middle of nowhere and following the horizon—with your Louis Vuitton luggage, of course.