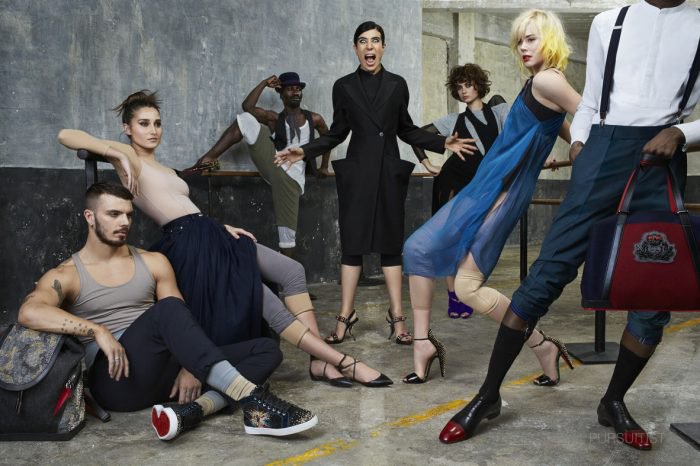 Christian Louboutin celebrates the debut of the Autumn/Winter 2016 collection with the world premiere of “La Répétition,” a short film directed by renowned choreographer, dancer and filmmaker Blanca Li. Taking inspiration from “A Chorus Line,” the film and accompanying images depict the powerful Li as a sophisticated, yet exacting choreographer in the studio with a stylish cast of professional dancers.

And of working with Blanca Li, Christian Louboutin says, “The secret is to let things come the way they do naturally, with no strains or limits…and then let’s see. But the number one rule is ‘Let’s have fun!”

‘Alice Through The Looking Glass’