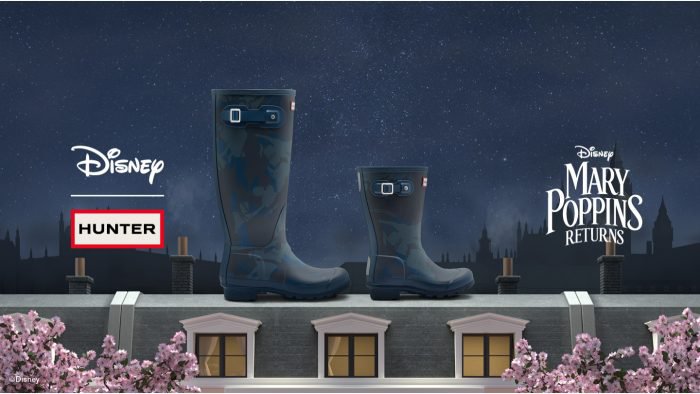 The Hunter Boots x Disney collection was created to celebrate the release of Mary Poppins Returns. To celebrate the collaboration between @Hunter and @Disney for the release of the new Mary Poppins movie, Harlequin created a replica Edwardian street scene featuring their Limited Edition Disney collection. 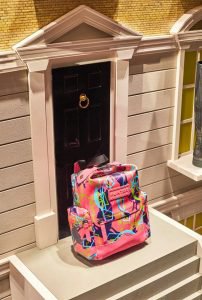 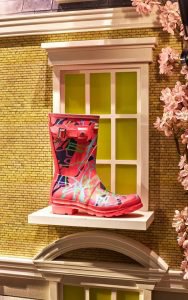 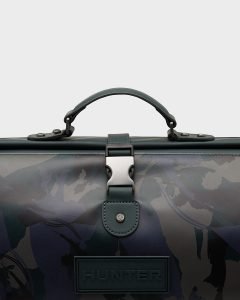 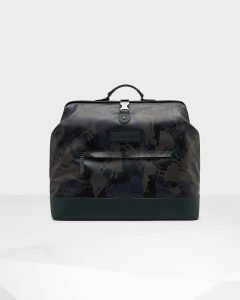 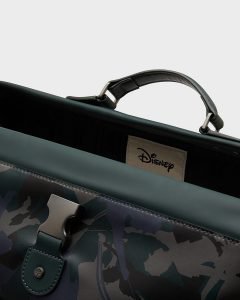 A roomy carpet bag in the similar shape the famous nanny used, except this modern-day version looks rubberized – one of Hunter’s hallmark design materials. It is a brand known for their wellies and rain gear, after all.

Hunter is releasing an adorable range of Mary Poppins-inspired outerwear after collaborating with Disney to celebrate the release of the new film starring Emily Blunt. With prices starting from £30, the collection includes both long and short wellington boots, umbrellas, backpacks, and a holdall. There are also some pieces for children too, such as the short wellingtons and rucksacks.

The colourful designs are a pink and purple mix of vibrant patterns, but upon a closer look Mary Poppins’ silhouette is printed within the swirls. “Believe in Dreams” by Tiffany & Co.