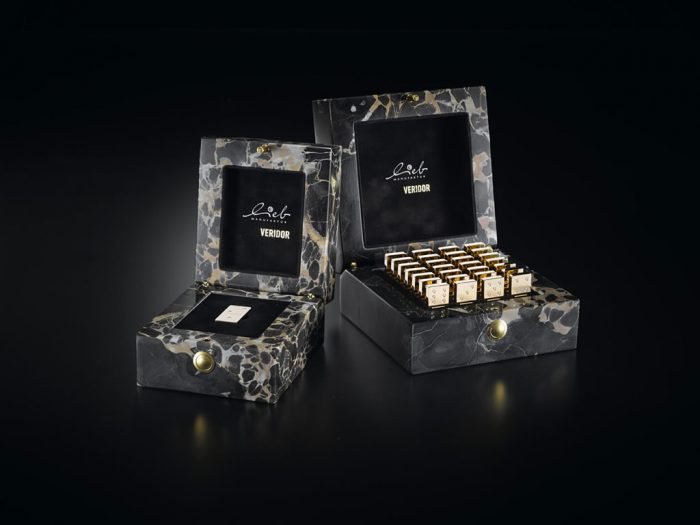 The most expensive Domino set in the world was created by a German company named Lieb Manufaktur, and it was perfected in the country’s Baden-Württemberg area.

Featuring a price tag of about $ 153,000, the set was created using solid gold, and it flaunts a generous number of diamond adornments, 168 to be precise. The game includes 28 dominoes that weighs in at 2.4kg or 5.2 pounds, and it is undoubtedly one of the most beautiful sets of its kind in the world, each domino was custom-made from high-quality 18kt gold before being embedded with diamonds. The packaging is based on a specially developed marble case, which also has something to do with the enormous price tag.