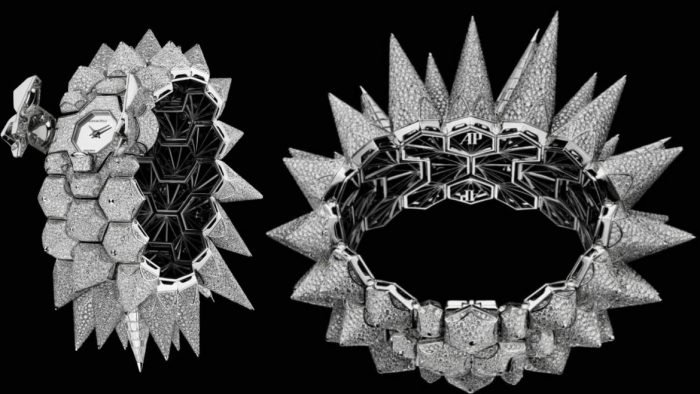 This watch is the third part of the Diamond Trilogy and follows Diamond Fury which came out last year. Like its predecessors, Outrage features a bracelet that is completely covered with diamonds, and alongside Royal Oak Perpetual Calendar, it will debut at SIHH 2017. 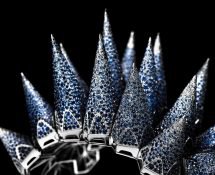 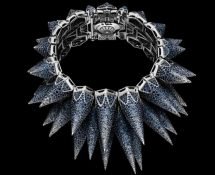 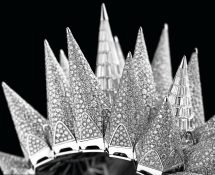 An incredible amount of work and thought have gone into the creation of this watch. It required 2,500 hours of labour and used more than twice as many diamond carats as the earlier watches in the series. Two versions of this dramatic watch have been created: one studded with 11,043 brilliant-cut sapphires (amounting to around 65.47 carats) and another with 9,923 brilliant-cut diamonds (~50.06 carats) and 354 baguette-cut diamonds (amounting to around 15.85 carats). A snowy scene at the Vallée de Joux is set to have inspired the design which features diamond studded conical spikes of varying heights.