Chanel recently launched a brand new ad campaign for the brand’s line of watches, which includes collections from Premiere, J12 and Mademoiselle Prive. This is the first time that the brand has featured their watches for an ad campaign. The campaign was unveiled at the Baselworld, a watch and jewelry trade show held in Basel, Switzerland. Styled by Carlyne Cerf de Dudzeele, and photographed by French fashion photographer, Patrick Demarchelier, the ads were composed of 15 double-paged images in black and white.
It first appeared in Le Figaro, the French daily newspaper, last March. It will be seen on international fashion magazines by mid-May for their June issues. By June, the images are set to appear on international print and digital press. 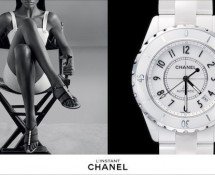 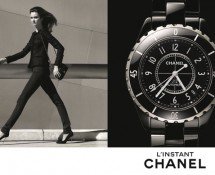 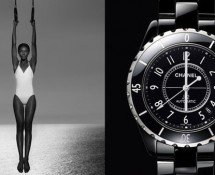