Photographed by Mario Testino, she posed in a Marc Jacobs gown and coat, with wet hair and a natural smoky eye—it was all very Drunk In Love. It should be noted that this is also the second consecutive cover that Marc Jacobs has landed, and if his Instagram feed is to be believed, the first time any designer has had two American Vogue covers in a row. 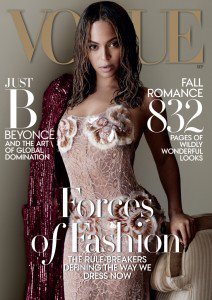 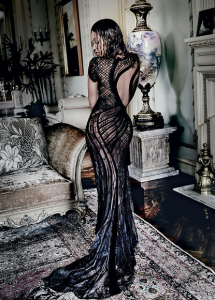 Beyoncé hasn’t appeared on a Vogue cover since March 2013 and this is her first September cover, but considering this issue is one of the most important in the industry it only makes sense that they hired the best. Her feature cover story will talk about the star’s “global domination” with quotes from celebrities, designers and fashion A-listers as well as a slew of other cover-worthy shots from Testino.