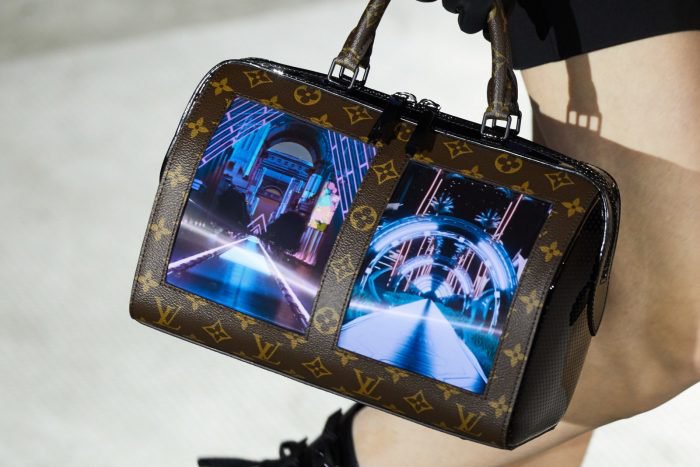 Designed by its creative director Nicolas Ghesquière, the french fashion house describes the accessories as its most innovative ‘canvas’ yet.

The two prototype handbags were shown off during Louis Vuitton‘s cruise 2020 runway show in new york city. according to a press release, the sci-fi accessories aim to blur the lines between smartphone and bag.

Cut outs of the malletier’s signature LV monogram canvas, in its traditional blend of brown and cream emblems, make way for the OLED displays. the screens have a 1,920 x 1,440 resolution, and appear to display videos of city views and a demo of an internet browser.

The luxury brand told engadget that the prototype bags are ‘the basis for reconsidering the digital canvas of the future,’ adding that it is ‘always in search of the fusion of savoir-faire and innovation.’

The instagram account @dlouisvdotcom reports that the display on the bucket bag is a touchscreen and appears on both the back and the front of the bag.