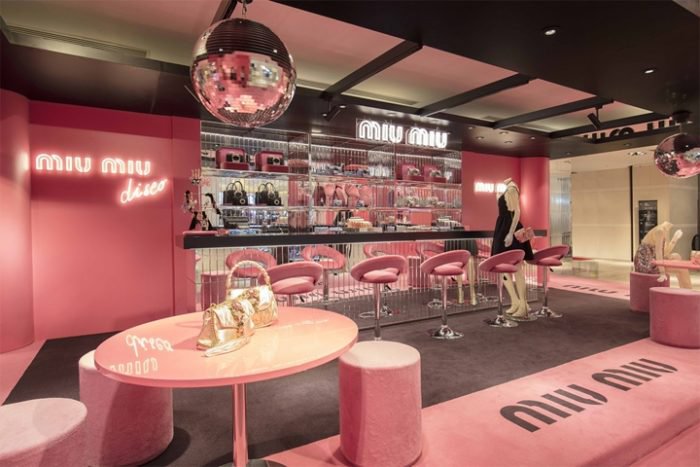 Miu Miu is staging a pop-up at Lane Crawford’s IFC mall location in Hong Kong that invites consumers to shop in a branded disco.

As its name already implies, the ephemeral space takes cues from the disco era during the 1970s and 1980s, and features a mirrored bar setting in glowing pink, replete with stools, and the prerequisite glittering disco balls. The pink-hued shop features disco balls hanging from the ceiling and a bar that serves up specialty cocktails. Featuring strobe lighting, a mirrored counter and pink velvet sofas and chairs, houses a total look capsule collection, whose accessories are displayed in mirrored cases, inside the structure’s supporting columns and behind the counter of a Miu Miu nightclub bar. 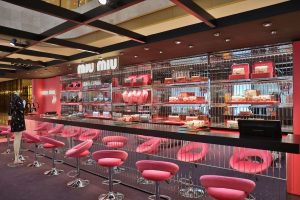 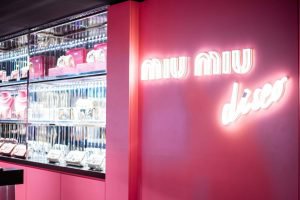 For three weeks, the Miu Miu Disco boutique will house nightlife-ready attire such as mini dresses and metallic accessories. The pop-up will exclusively pre-launch a selection of ready-to-wear, handbags, shoes and accessories. Lane Crawford’s Miu Miu pop-up will be up until July 4. Miu Miu Disco will tour to China, Korea, Dubai, Hong Kong, Kuwait, Macao, Thailand and the USA over the next few months.

A diamond-studded “Spirit of Esctasy”

Armani: a new boutique in Florence