The set consists of a tablecloth, four placemats and four napkins printed with images from Steve’s AW17 campaign images for the house. Each item features a different still life taken from nine tablescape compositions, using everyday items and handcrafted decorative objects on a back drop of ethereal blue. 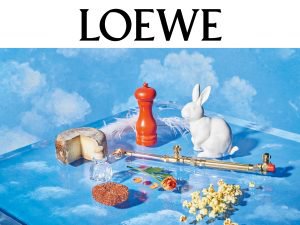 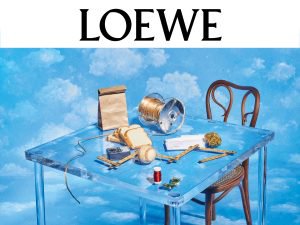 While each item in the set boasts a different graphic from Steven Meisel’s “Compositions” project, every image then depicts a group of objects strategically placed on a transparent table that is positioned in front of a painted cloudscape. Packaged in a special box, you can look forward to LOEWE’s new table set arriving from September at loewe.com and select LOEWE stores.